The hot favorite comic is here with your daily dose of wholesomeness!

Pixie and Brutus are one of the most iconic characters, known by almost all animal lovers, from a webcomic series. The creator of the series is Ben Hed, who is a well-known artist and cartoonist. His page on Instagram ‘Petfoolery’ has a whopping audience of 2.5 million. This 2018 webcomic is fetching to millions of fans and it’s not hard to see why!

One of the reason of this webcomic’s success is its large appeal to the public with a great love for pets; especially cats and dogs. Pixie is an all-energetic and endearing cat, and Brutus is a large German shepherd with “famous” scars on his face. Both share an amazing and love-to-watch friendship bond. The protagonists of the series unite all cats and dogs lovers by their thrilling and off-the-wall adventures.

People’s love for the series is enormous. New comics of Pixie and Brutus keep coming out, and we have here some of the old and new comic strips to brighten up your day.

So, get ready to fall in love with these.

1. Pixie is all set to climb Mount Everest!

The gradual growth of the characters is visible in the new comics. Ben has been successful in putting more insight into the characters involved in each story. The comics are not only cute and hilarious, but emotional too. The comic that revolves around the heart-touching story of Brutus the dog, and how he got scars on his face, made people so emotional.

Want to see mini Pixie with overloaded cuteness? Here is another comic to cheer yourself up.

We are all well aware of the great rivalry between cats and dogs. But, Pixie and Brutus share this dramatic and unusual bond that is so wholesome to watch. Brutus looks all hard from outside but he has this soft corner and great love for Pixie. He never gets angry at her. In fact, he saves her from all the bad that comes to his little friend. We all adore this unconditional love between the two. Their adventures together show that both of them are inseparable.  Pixie’s cute teases to Brutus are always fun. Here is a comic to explain the type of love between the two.

Still would win all the races for his cute little friend!

Okay so Pixie is not the only “drama” here. 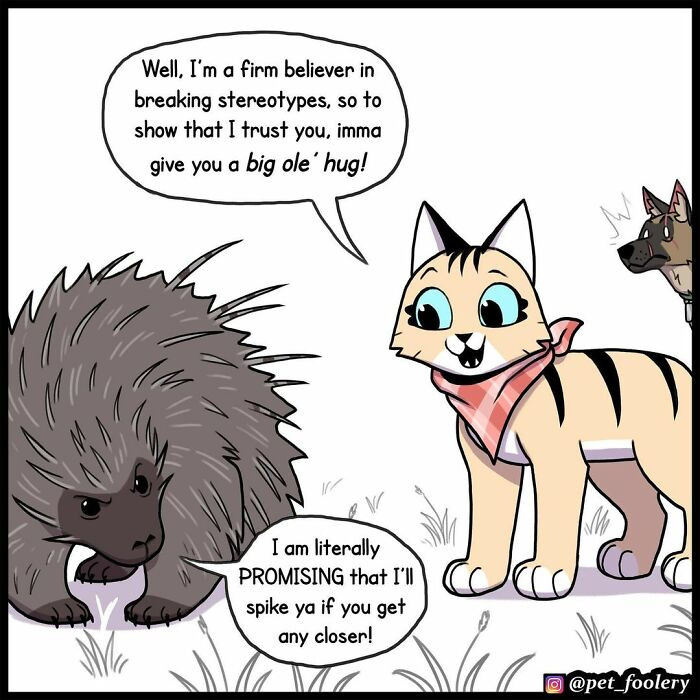 Isn’t it what we all needed to hear too?

“I will always couch for you” 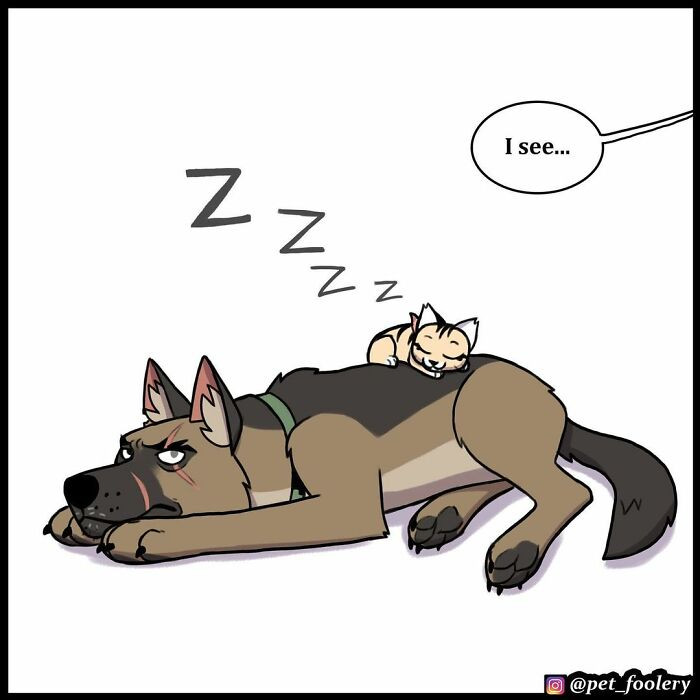 Are you also the fan of these amazing comics?  Which character do you like the most? Do share your answers with as as we love to hear from our readers.