Sometimes, the unfortunate happens and an actor dies before they are able to see their most acclaimed film. Some actors were even working on several different projects before their death.

RELATED: 10 Actors Who Had The Most Posthumous Roles

Heath Ledger died at the young age of 28, in January 2008, which was 6 months before The Dark Knight’s release. Ledger won an Oscar for Best Supporting Actor posthumously for his portrayal of The Joker in the film. His parents and his sister accepted the award on his behalf.

RELATED: Batman: 9 Things About Bruce Wayne That Are Unique To The Nolan Movies

Philip Seymour Hoffman had been in the film industry for many years before his final film was released. Hoffman died at age 46, from an accidental drug overdose in February 2014. He had only eight days left of shooting for his role of Plutarch Heavensbee, in Hunger Games: Mockingjay- Part Two.

Paul Walker was widely known for his portrayal of Brian O’Conner in the Fast & Furious franchise. Walker died at age 40 in a car accident in 2013 before Furious 7 was released. In order to complete the film, his brothers were recruited as body doubles and special effects were used.

7 Phil Hartman Was Tragically Murdered By His Wife

Phil Hartman was a frequent cast member on Saturday Night Live and even won a Primetime Emmy Award for his work. Hartman was shot and killed by his wife in May 1998 before she committed suicide. His death was two months before his portrayal of Phil Fimple in Small Soldiers.

Hartman also was the voice of Jiji in Kiki’s Delivery Service’s English dub. This was, unfortunately, another film released after his death. In addition to acting, Hartman had also designed album covers for various bands.

6 Bruce Lee Died Shortly Before Enter The Dragon Was Released

Bruce Lee was on his way to becoming one of the film industry’s biggest martial arts stars. His fame was tragically cut short by his sudden death in 1973 at only 32 years old. Lee was working on the film Game of Death before he died. The film took five years to complete due to how little had been filmed before Lee’s death.

RELATED: 8 Martial Arts Movies to Watch If You Liked Shang-Chi

Lee died just a month before his most acclaimed film was released: Enter the Dragon. The film went on to become one of the highest-grossing films of that year.

5 Brandon Lee Meets A Similar Fate As His Father

Bruce Lee’s acting and martial arts abilities were passed on to his son, Brandon Lee. Brandon’s father, Bruce, died when Brandon was just eight years old. Lee even turned down the role of playing his father in the film: Dragon: The Bruce Lee Story. He stated that it would be too “awkward” to portray his parents’ romance.

Brandon was tragically and accidentally wounded on set during the filming of The Crow by defective blank ammunition and later died at a hospital at only 28 years old. There were only eight days left of filming. The Crow ended up being a commercial success.

James Dean was a rising star in the Hollywood film industry before dying at the young age of 24 in a car accident, in 1955. Despite only spending five years in the industry, he received two Oscar nominations for Best Actor posthumously for his performances in East of Eden and Giant.

Dean was the first actor to receive a posthumous nomination for an Oscar. His most notable film, Rebel Without A Cause, was released only months prior to his death.

Clark Gable had an extensive lineup of roles in the Hollywood film industry and was often referred to as the “King of Hollywood.” Gable is widely known for his role as Rhett Butler in Gone with the Wind. Another one of Gable’s most notable roles was in Arthur Miller’s The Misfits alongside his co-star Marilyn Monroe.

This film was both of the stars’ final films. Gable died months before The Misfits was released, in November 1960, from two heart attacks at the age of 59.

Oliver Reed was no stranger to the film industry prior to his death in May 1999. Reed is notorious for his role as Athos in The Three Musketeers and The Four Musketeers.

Reed died from a heart attack in Malta while he was filming for his role as Antonius Proximo in Ridley Scott’s Gladiator. He was 61 years old. Reed was posthumously nominated for a BAFTA Award for Best Actor in a Supporting Role. He lost to Jude Law for his performance in The Talented Mr. Ripley.

Adrienne Shelly is another star on this list that was tragically murdered. The police believed it was a suicide until further investigation disproved it from evidence found at the scene. She was killed in November 2006 at only 40 years old. Her hit film, Waitress, was released in 2007. She had written, co-starred, and directed the film.

Waitress went on to win several awards and was later adapted into a Broadway musical in 2016. The music and lyrics were done by singer Sara Bareilles, and Jessie Mueller starred in the musical.

NEXT: Jukebox Musicals: 10 Best Movie Musicals That Use All Existing Songs


Next
10 Movie Characters Who Would Be Great Jedi 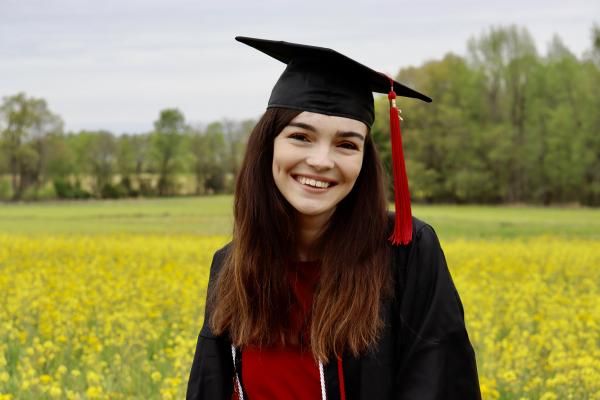 Cassidy Stephenson is a reader, writer, and video game enthusiast based outside of Nashville, TN. She is a recent graduate of Concordia University Chicago and served as the co-editor-in-chief for her campus newspaper. She now works as a Gaming Lists writer for Comic Book Resources. In her free time, she loves watching anime, listening to music, and pulling 5-stars on Genshin Impact. Follow her on Twitter for more shenanigans Cassidy_Lee18..